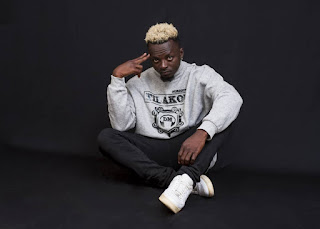 Tilakou delivering one of his hits at a show
The rapper has had countless numbers of hits under his name which comes as no surprise to many who know his musical prowess and follow his carefully crafted dilute of Gurune and English play of words. Yet, two things that Tilakou’s hit songs always carry are; heavy meanings and lots of lessons for his ever-growing fans across the Upper East Region. A few of his songs that became instant hits and still play till date include “Seba Mimah”, “Putuoo”, and “Latohme” which he featured Amoro.
A good number of Tilakou’s songs can best be described as ever-green as once outdoored, the songs receive massive acceptance by the public, attract several radio interviews for the young man and enjoy continuous airplay on radio, stay in DJs’ playlists at events and in pubs and club’s. For instance, one such hit was the track he labelled “Shun Am” which became almost a northern anthem as it got him crowned as Artist of the year – Upper East and went on to  attract several other nominations.
Sources close to Tilakou hint of his intentions for the outdooring of an initiative which is geared at appreciating the perpetual love shown him by his dear fans he affectionately refers to as“The Origanals”. Tilakou says he sees his fans as family and friends and therefore, intends connecting with them regularly through the virtual world of the social media. According to Tilakou, a closer bond with the fans will avail him to some questions and contributions as well as suggestions the fans may have for him in aid of the music he does which is like the life-blood running in his system. 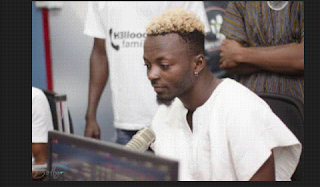 The Man “Dem” Call Tilakou
Tilakou’s initiative is to run a live facebook feed or show known as “Time Out With Tilakou”. Many who have experienced the talented Tilakou, will tell you also that, upon all the fame and the respect his name had gotten through the years and that, he has also become a household name, the musician still remains very humble and respectful. It is thus this humility that probably made him a toast of many members of the public and music lovers across his home-region of Upper East.
This facebook live connection by Tilakou with the fans, kamenoempire.blogspot.com can confirm, is starting before end of year 2019 and will most likely be going airborne once a month and will start by 15:00GMT on a carefully chosen time of the month, preferably late afternoon that will be very convenient to the fans.
Kamenoempire.blogspot.com will confirm and make public the additional and exact fine details of this wonderful platform by Tilakou the moment all is finalised.
Meanwhile, team-Tilakou also plans to shoot a number of music videos to accompany each of the hit singles he had dropped over time as this will live a permanent photographic impression of the songs on people’s minds. It should also be the very foundation stone for the Tilakou brand and music to get broadcast on national TV channels across Ghana.