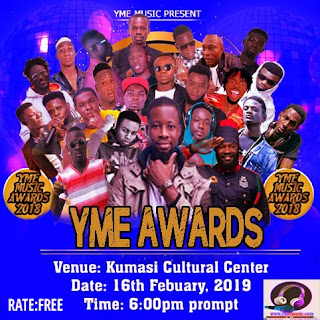 7. All Shall Pass – High Life Artiste of the year

9. King Sardi – Rapper of the year

The Management of  YME want to use this opportunity to Congratulate all the nominees and the winners. On this note we thank all the fans that came to support the awards. Even though the where some lapses in the program but we rectify them in our next edition. Thanks you.