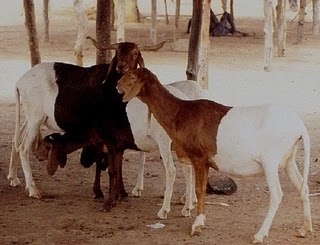 Prophet Osei Emmanuel, who was given 24 hours by the queen mother of the Bechem Traditional Area in the Brong-Ahafo Region to leave the community following his alleged false prophecies, has been fined GH¢3,000, 12 sheep and a carton of Schnapps before he leaves the town.According to Daily Guide report, the Omanhene of the Bechem Traditional Council, Nana Akoto Ofosu Gyeabour II, fined the prophet on Saturday at his palace when he (prophet) was hauled before the traditional council.He was to answer questions on his witches prophesy and the claim that he has the power to prevent them (witches) from using Bechem as a transit point to Goaso to attend their ‘international conference.’Though Prophet Emmanuel Osei did not deny or confirm that he was the cause of the deaths of the vultures and crows at Bechem Nkwanta, he agreed that he challenged them (witches) and promised to deal with them.Speaking to Angel FM in Sunyani on Sunday, Prophet Osei said he would pay the fines.He observed that the idea of fining and banishing him from Bechem was orchestrated by his fellow pastors, who had promised to run him down.He denied any connivance with people to kill the birds to fake his powers.He claimed he had more than 1,000 members in his church, including some indigenes from Bechem, who come to him for spiritual healing.It would be recalled that three days ago the man of God was given a 24-hour ultimatum by the queen mother, Nana Amoaa Gyamina, to leave the community for faking stories about witchcraft to enhance his fame.This, according to Nana Amoaa Gyamina, was false and would therefore tarnish the good name of Bechem.