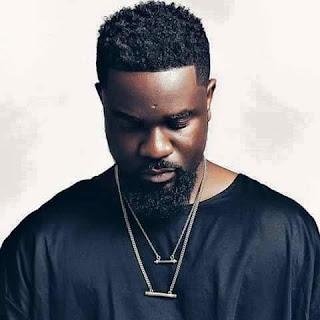 Sarkodie Reveals- I Am Always Under Spiritual Attack

One of Ghana’s prolific rappers, Michael Owusu Addo, popularly known as Sarkodie, has revealed that he is barely able to sleep at night.
According to reports, he stated that he suffers from spiritual attacks every night, but because he serves a living God, the plans of his enemies always fail.
Sarkodie is reported to have disclosed this in a freestyle song titled ‘Coming Up’, which is being released to address questions he is often asked by most upcoming rappers.
The rapper further stated that some people fail to consider the challenges some celebrities go through everyday, but only focus on the glitz and glamour.
Sarkodie has over the years, established himself as one of the forces to reckon with in Ghana’s music industry and is considered as one of the top level performers, he has received several awards and favorable rankings.
He has shared stages with international acts such as Busta Ryhmes, T-Pain, Trey Songz and Ludacris. His foundation, named after him, supports underprivileged children. He has donated money and several other items to orphanages since then.